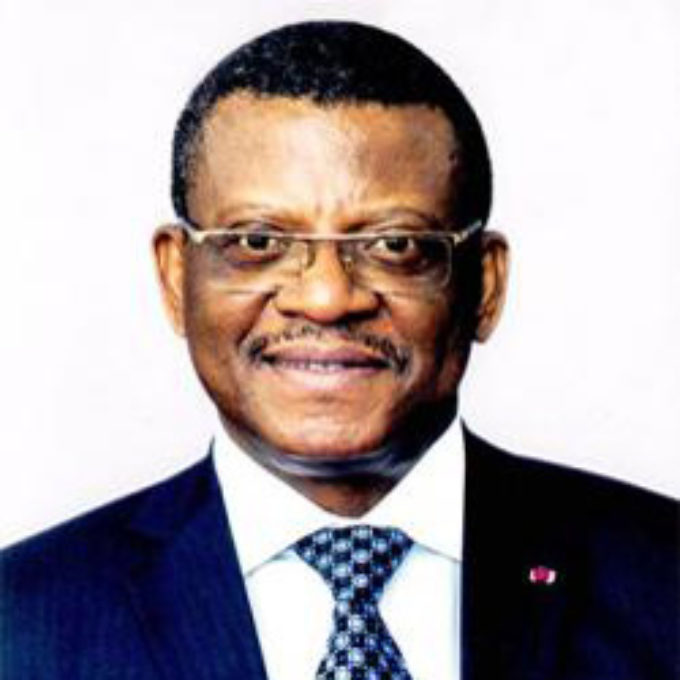 Joseph Dion Ngute is a Cameroonian politician currently serving as the 9th Prime Minister of Cameroon, following his appointment in January 2019. He succeeded Philémon Yang, who had held the post since 2009. Since 1980, he has been a professor at the University of Yaoundé II. In 1991, he served as the director of the Advanced School of Administration and Magistracy. In 1997, he entered government, serving as the Minister Delegate to the Minister of External Relations. In March 2018 he was appointed Minister of special duties at the Presidency of the Republic